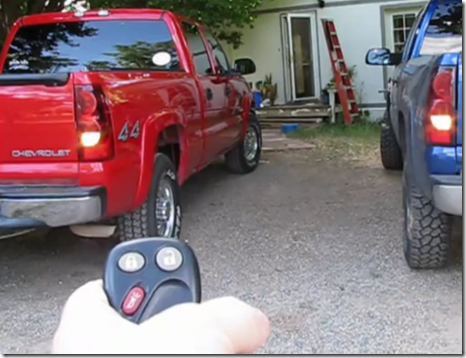 It’s fairly easy to program a replacement keyless entry remote. Even better, what if you have two vehicles the same make, they use the same remote! Also when the battery goes bad remotes may require to be re paired with the vehicle.

Be sure you have all of your remotes handy, the process will clear the vehicle of any paired remotes and you will need to reprogram all remotes.  Usually vehicles will accept up to four remotes…

Obviously if you are only programming the remotes for a single vehicle the procedure is the same.

Apologies if the procedures outlined below do not work. Please do a Bing or Google search for your make and model of vehicle along with “Program Keyless entry” Some models require you to visit the dealer so that they can pair the key fob to your vehicle using their diagnostic computer.

Please note that more premium makes and models are usually a dealer only program job so you must take it in to get programmed. Some vehicles that must be programmed by the dealer may include most Cadillac’s, Pontiac G6, Chrysler 300, Saturn Vue, Chevy HHRLT. I will add to this list as I learn about dealer only vehicles.

4.       While holding the DOOR lock switch in the unlock position, cycle the ignition ON, OFF, ON, OFF two or three times.  If the door lock clicks after the second ON, OFF cycle do not do it a third time.

5.       Release the DOOR unlock switch. The doors will lock and unlock one time to confirm the program mode is activates.

6.       Simultaneously press and hold the LOCK button and the UNLOCK button on one keyless remote for approximately 15 seconds, the doors will lock and unlock to confirm the programming of that transmitter.

7.       Repeat the previous step to program up to four transmitters.

8.       Turn the ignition switch to the ON (one more click forward) position in order to exit the keyless entry transmitter mode.

1.       Insert a key in the ignition and turn from OFF to ON eight times in rapid succession (within 10 seconds) with the eighth turn ending in the ON position.

2.       The doors will lock/unlock to confirm that programming mode has been entered.

5.       When you have completed programming the remote transmitters, turn th ignition to OFF or wait 20 seconds. Again the doors will lock/unlock to confirm programming has been completed.

1.       Turn your key to the “Run” position, but do not start the engine. Shut the doors and wait for the warning beeps to stop.

2.       Hold the “Unlock” button on the currently programmed remote for five seconds, and then press and hold the “Panic” button (while still holding “Unlock”) for one second.

4.       Press and hold the “Lock” and “Unlock” button on the new remote, then release the buttons and press the “Unlock” button. Repeat the procedure for up to four remotes within 30 seconds.

1.       Sit in the driver’s seat and buckle the seat belt. Make sure all the doors are closed. Put your key in the ignition and turn it to “On.” This mode turns on your electronics without cranking the engine.

3.       Press and release “Unlock” and “Lock” simultaneously on the keyless-entry remote you are programming.

4.       Listen for the warning chime. Press “Lock” on the remote you are programming within four seconds of hearing the chime. You’ll hear another chime. This indicates the remote is programmed.

1.       Take a seat in your vehicle and close the door. Press “Lock” on a currently-programmed remote five times, allowing two seconds to pass between each press.

1.       Place the key in the ignition. Turn it to “Run.” Press and hold “Unlock” for four seconds on the programmed remote.

2.       Press and hold “Panic” for one second, while holding “Unlock,” and then release both buttons. Listen for the chime.

1.       Ensure the car doors are unlocked and open. Pull the key from the ignition.

2.       Insert and remove the key from the ignition two times within five seconds. This will start the required sequence to reprogram the car’s computer.

3.       Close and open the driver’s door twice within 40 seconds. This step has to be within that time, or the system will reset.

6.       Remove the key from the ignition. Immediately grab the transmitter to complete the program.

7.       Press both the lock and unlock buttons on your transmitter simultaneously for 1 to 1 1/2 seconds. Release the buttons afterwards.

8.       Press the lock button within three seconds of releasing on the last step. This will complete the process. The door locks will cycle from lock to unlock if the process is done correctly. If there is a problem, the lock will cycle twice.

2.       Insert your key into the ignition and remove it at least 6 times. It may take up to 10 times. This needs to be done in a good pace, but not too fast. At least 6 times within 10 seconds is about right. If you have done it right, you will see the hazard lights flash twice.

3.       Once you see the hazard lights flash twice, the car is now in program mode. Insert the key back into the ignition and turn it to ACC. Push any button on your keyless entry FOB remote ONCE. This should be done within 5 seconds of turning the key to ACC. You should notice your hazards flash again. If you have another remote to program proceed to step 4, otherwise turn the key off and remove it. The remote should now be programmed.

4.       If you have another keyless entry remote to program unlock the door with the driver’s side power lock and then lock them again. Press any button on the next remote. Turn the key back to the original position and remove the key. The remotes should now be programmed.

1.       Enter your Jeep and make sure all of the doors and the trunk are closed.

3.       Open the driver’s door on the automobile and leave the door open.

4.       Move the switch on the door to the lock position while the door is open.

6.       Press the lock button on your keyless remote for your Jeep and hold the button for 5 seconds. Release the button and remove the key from the ignition to complete the programming.

1. For a 1994 to 2006 Sonata, a 2001 to 2006 Elantra, a 2000 to 2006 XG350 or a 2001 to 2006 Santa Fe, you will need to access alarm system control module. On most of those vehicles it is located on the driver’s side fascia panel. But on the Sonata, the facia panel is in the center.
2. Once you have found this module, you will want to ensure that the memory switch is in the OFF position. Then turn the ignition on.
3. Wait 5 seconds and set the memory switch to SET position and then press the remote transmitter lock button to send the code to the alarm system control module.
4. If you would like to program a second remote transmitter then you will need to press second remote transmitter lock button.
5. Next set the memory switch to off, then turn the ignition off. You can confirm your programming by locking and unlocking the vehicle with both of the remotes.

Mitsubishi
2000 Eclipse
1: With the key in the ignition (key off or possibly on) and all doors closed, ground pin 1 of the DLC connector. (Same as jumping pin 1 to pin 4…Pin 4 is ground. Due to the location of DLC, I found it easier to just use 1 wire to ground pin 1)
2: Immediately, press the hazard switch 6 times. (on and off 3 times…) Locks will operate to acknowledge programming mode.
3: As soon as locks operate, press lock button on new remote and release. Pause a couple of seconds, then press lock button on remote again twice and release. Locks will again operate to acknowledge programming.
4: Remove ground jumper from DLC connector.
5: Remove key from ignition switch. (Remote won’t work with key in switch)

1993/4 – 1998 MONTERO/PAJERO/SHOGUNS
First off, you must have the correct key fob, if not, will not work. Up to four key fobs will work and depending the amount will determine how many time you have to program each one.
IE: 1 remote – program 4 times
2 remotes – program each remote 2 times
3 remotes – program 2 remotes 1 time and the last one 2 times
4 remotes – program each one
1 step -Open the drivers door (gotta remain open) and interior/dome light on (main light)
2 step – Turn the ignition switch to the ‘on’ or ‘ignition’ position (DO NOT START engine)
3 step – Press and hold the emergency override button (small red button on left side of steering wheel), around by the 14th second, the horn will sound 3 times. {This indicates that the unit has entered the transmitter programming mode……………..KEEP HOLDING THE OVERRIDE BUTTON}
4 step – Press the lock/arm button on the remote (the remote being programmed) The horn will sound once, indicating that the system has learned that remote.
5 step – repeat step 4 for either same remote or add’l remotes (the fac system must acknowledge 4 memory lots , hence the possibility to program 4 remotes.)
6 step – Turn the ign switch to off position and release the override button